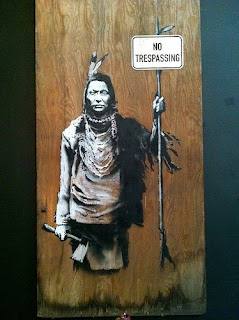 Rage was the keyword today... Rage against ...........
Dysfunctioning in this realm of Idiocratic Fundamentalism turns my grey matter into a pink ribbon infested pinata hanging from a high-voltage cable and getting smacked around by the exponentially growing stupidity of the mass. It's everywhere. It has taken over every inch of what should be a theater for all... It has plucked every pore of rational and it eminates a lethal scent that is decay.. Simplistic algorythms devised by the people known as "them" have laid down the brick-work of this babel-like enterpreneurship. The rules are simple, "we create your world and if you play with the rules we elevate your status to "important", to a "person that matters", "whose opinion is valid""..
Wake up and smell the fuckin zanax juice that has replaced your blood..
It ain't so? What is the philosophy behind all this ABSOLUTE control? Why are we all such fierce defenders of this regime of pseudofreedom? None is free. Kid yourself into beleiving in the "power of you". Live your life thinking you are the one that got away...that lived the life they wanted... Every man should be entitled, not to choose, every man should be entitled to create... The beautifully marketed "right of choice" is just a smokescreen... Choose whose? A man should be given space and time to create, not to choose. But alas, the "system" cannot allow any tweeking to happen randomly and uncontrollably. So, in come the mass media, the mass grinding machines.. the creators of new heavenly worlds and experiences, the propagators of happiness and seriousness, the information highway, the modern-day Moses coming to you live in full hi-definition clarity with dolby sourround sound and, sooner than later, in 3-d. You can now google the answer to anything, you can follow jesus christ on facebook and god can twitt his wishes -and as long as you are a follower..daaaaamn... What a predicament... Join in dude and you shall be saved.
Is it a matter of choosing the right pill? Blue or Red? Well this ain't the movies we ain't heroes. There's no simple escape plan. How can u esape from what is seemingly not a prison. You have "freedom" to do as you please... You'd be crazy not to... You'd be crazy to deviate from the norm..you'd be crazy to ...escape....crazy...CRAZY?
Well well well, could that be the answer? If you can't beat them, join them. Become part of the institution....and play their game...only not. Crazy...one that needs to be put under scrutiny and observation for he fails to be substantially positive in the extreme normality that reigns!! Hmmm, instead of trying to soar over the system...and eventually get shot down... could the answer be.... the Margin?... Marginal resistance... Bullshit.. The margin is nothing more than pop culture... a part of all ..a significant part that serves as a steam releaser... a pressure restorer.
So what remains?
"are you pondering what i'm pondering pinky?"
"Could you be talking about a subterrenean shadow of freedom brain?"
"Shadow of freedom, yes pinky....shadow of freedom.....for one day we shall find the one that casts the shadow....and then.......we shall rise from the depths of the earth..and us crazies will be supremes....and then...... we shall create a system of our own...offering people the Right to Choose...whether to be with us....or............. against us .......muahahahaha"...


For those who have read the book you propably noticed a different ending in the movie...a happy - ovethrowing of the regime- ending...
Αναρτήθηκε από Albedo_Zero στις 10:28 π.μ. Δεν υπάρχουν σχόλια: Σύνδεσμοι σε αυτήν την ανάρτηση